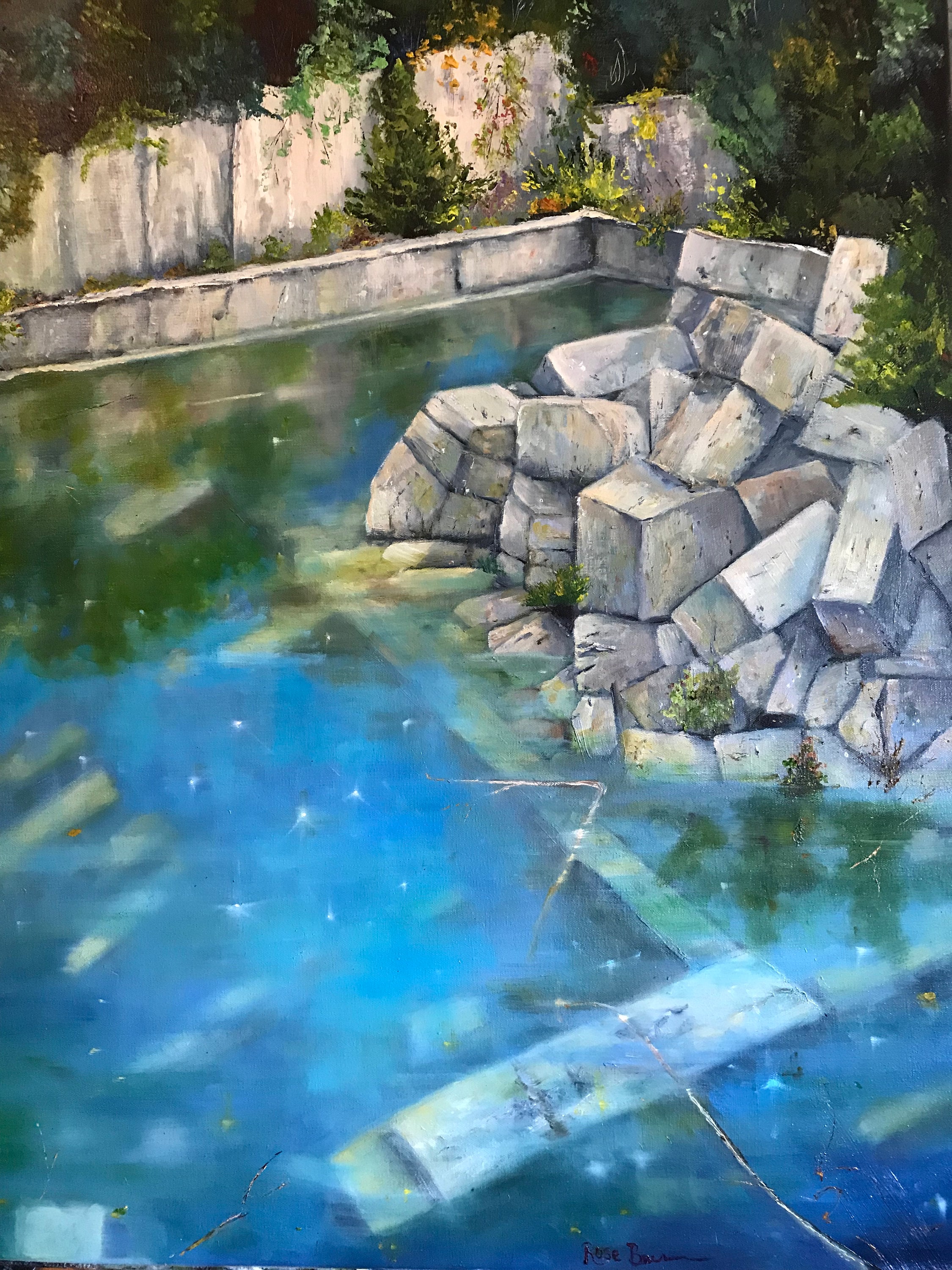 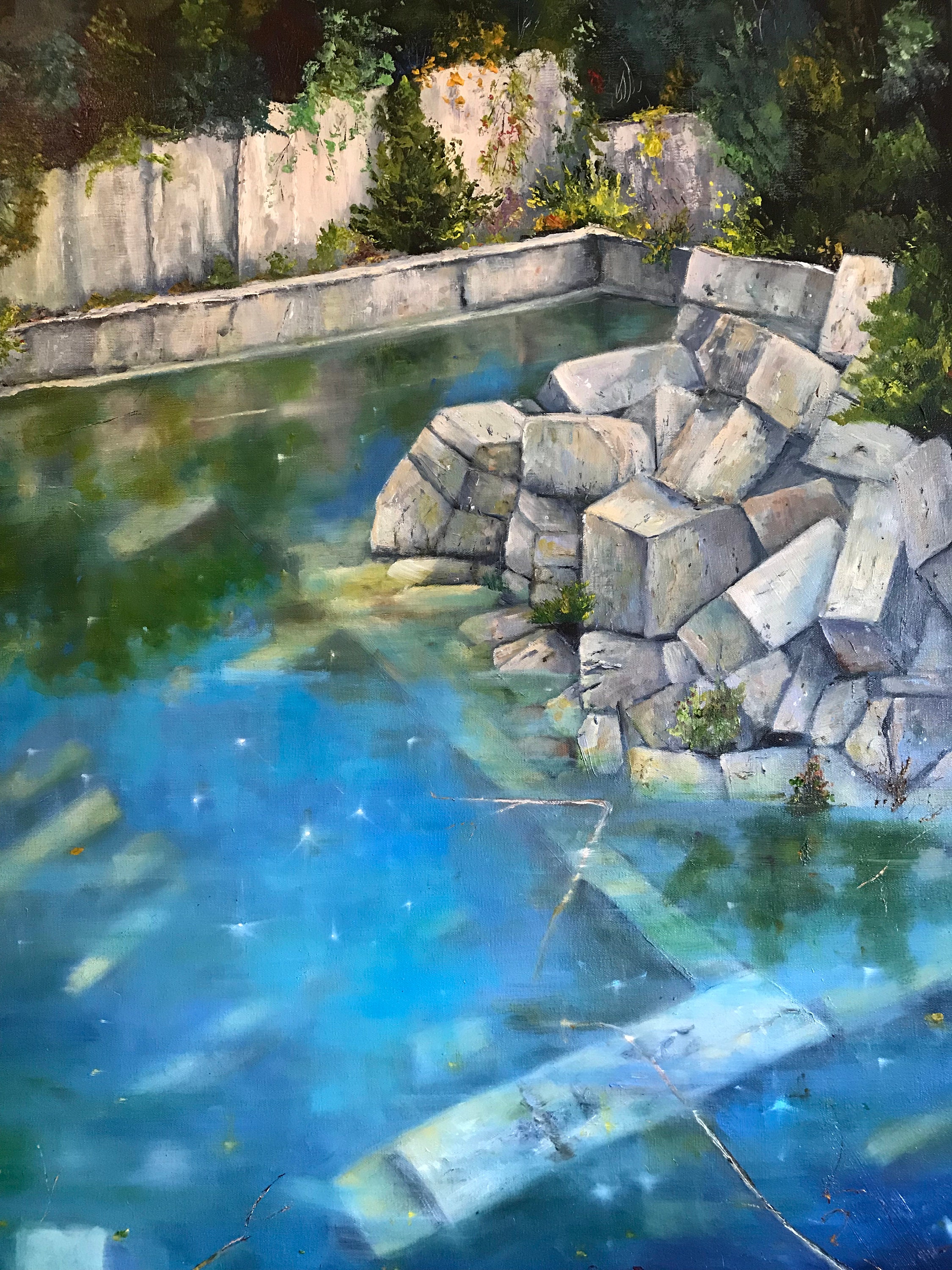 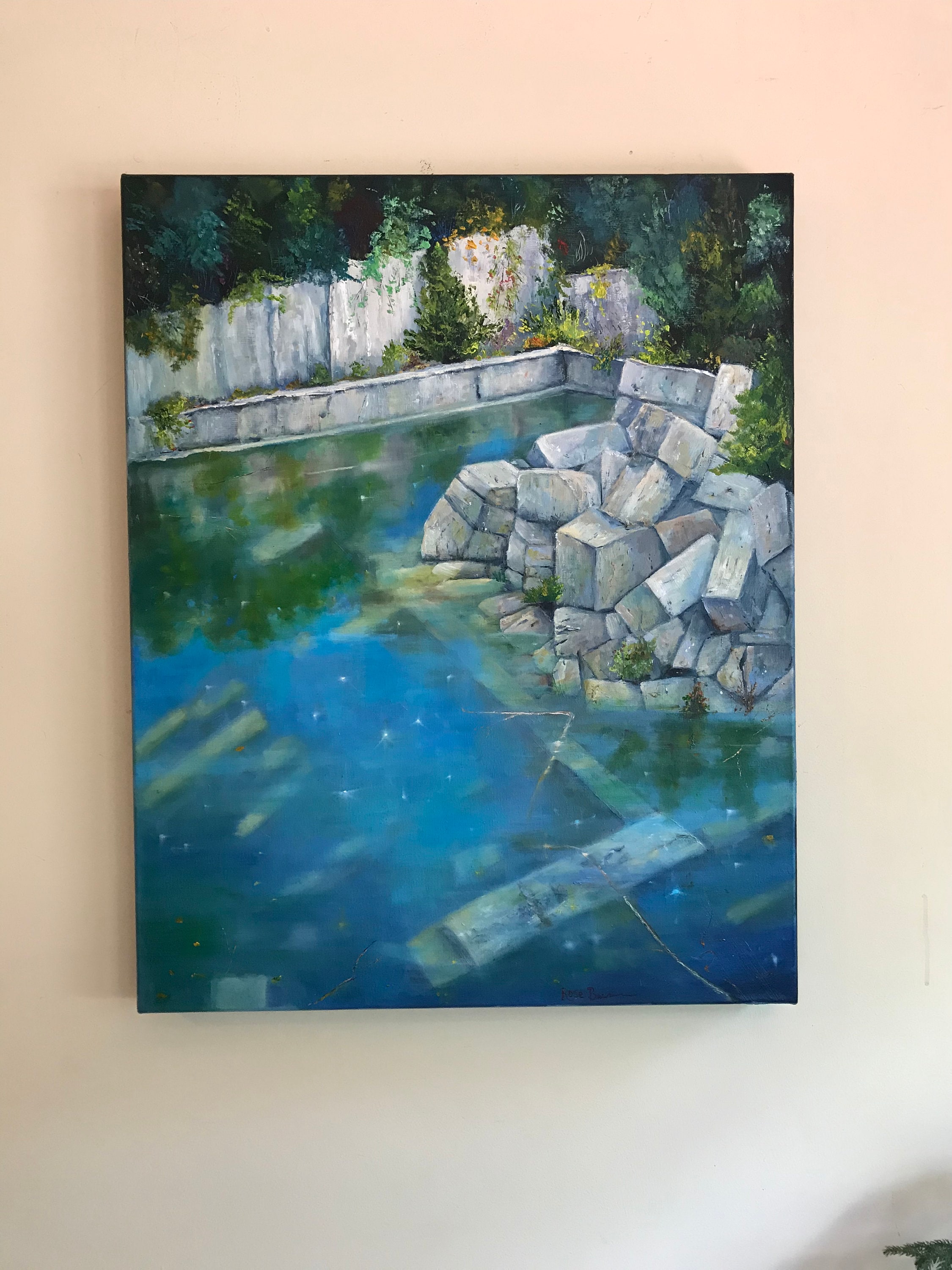 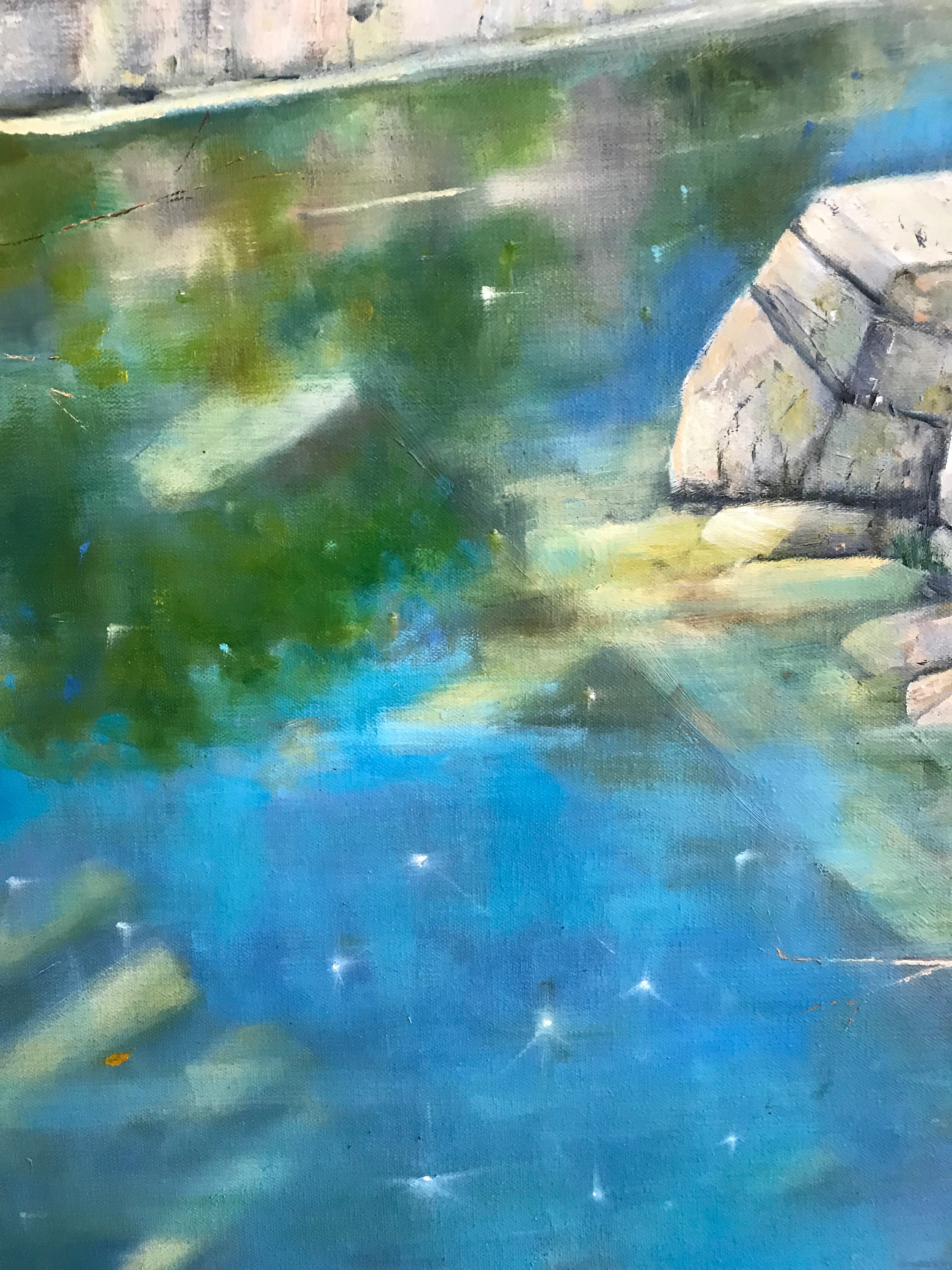 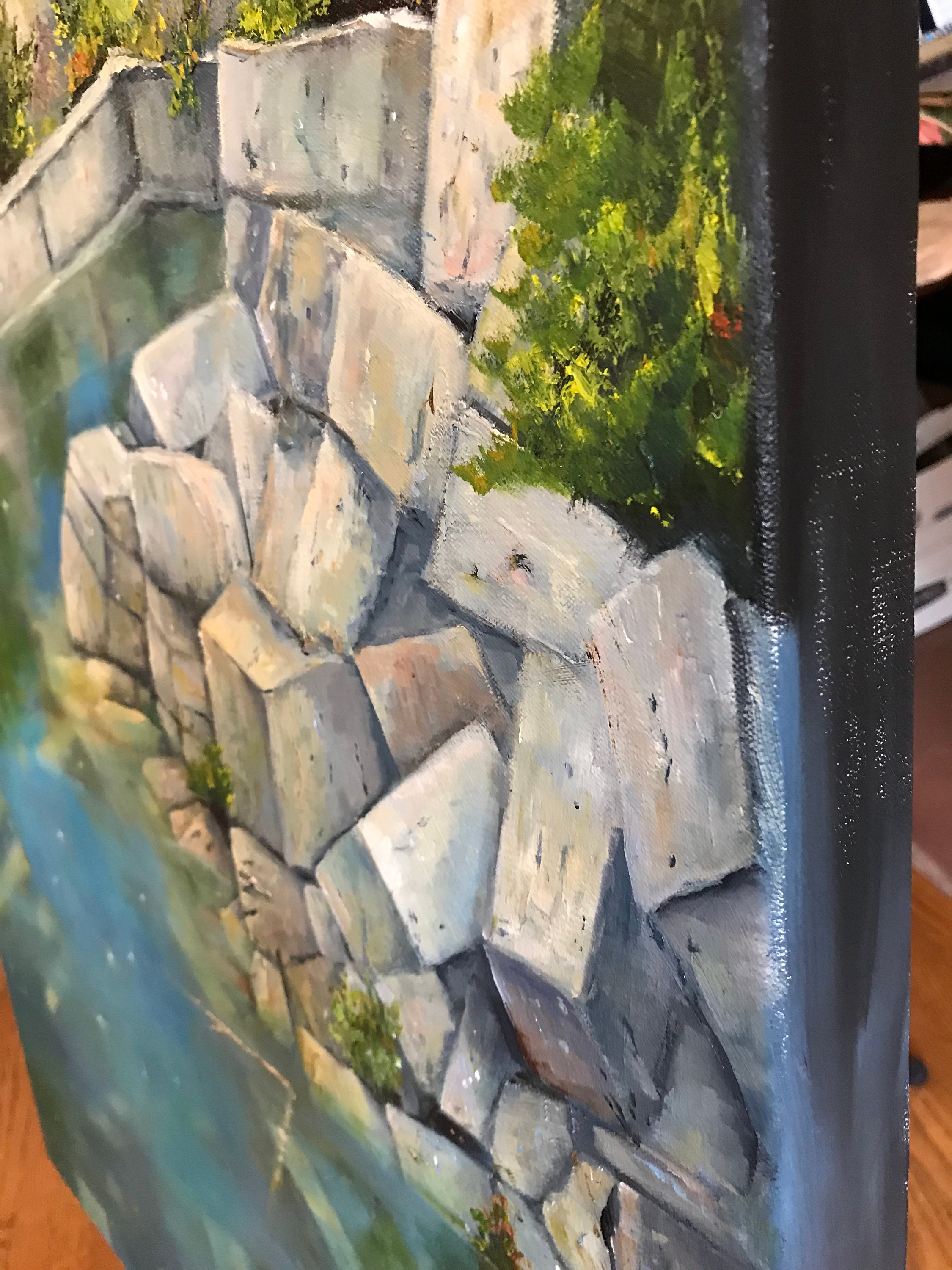 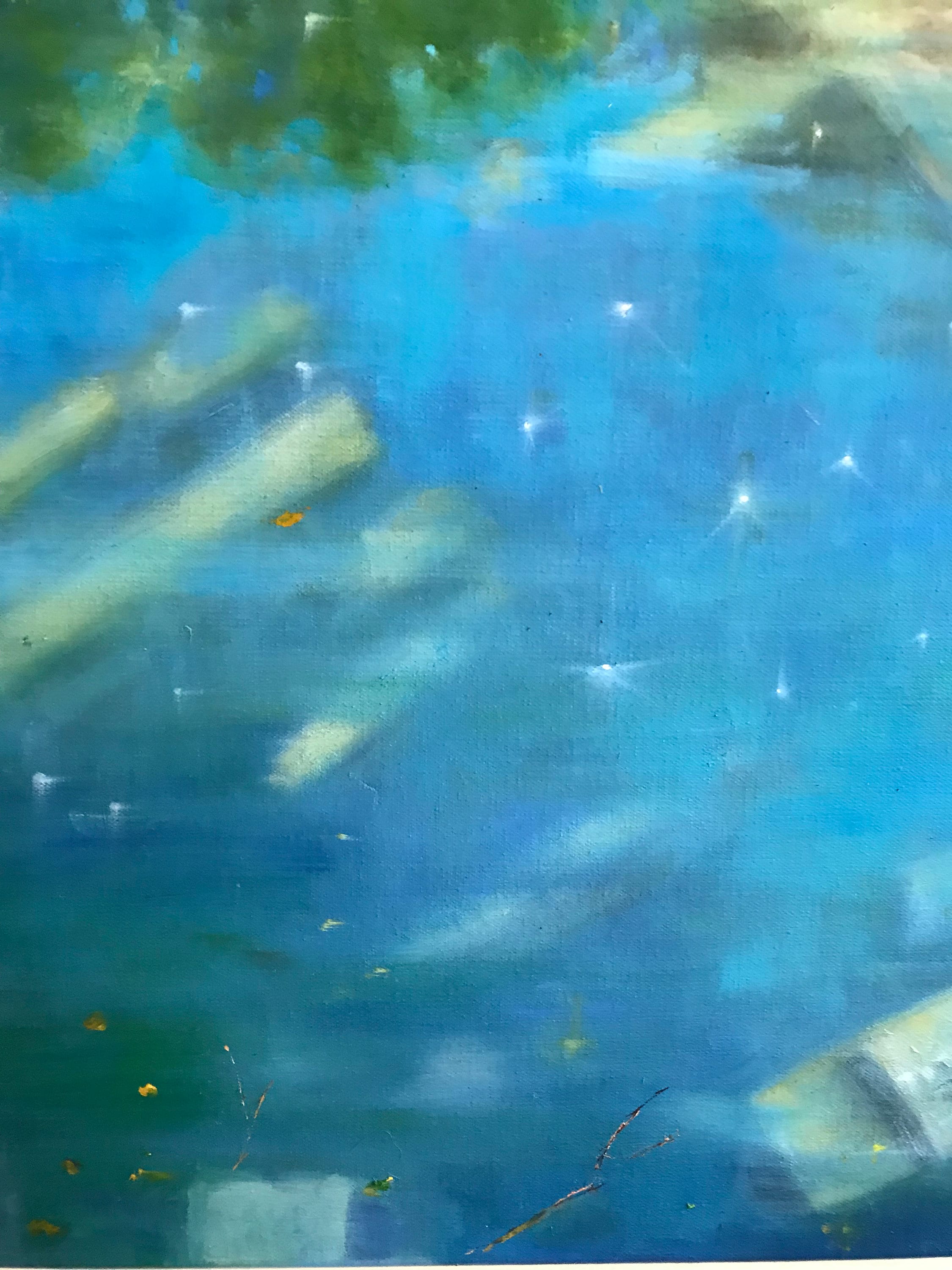 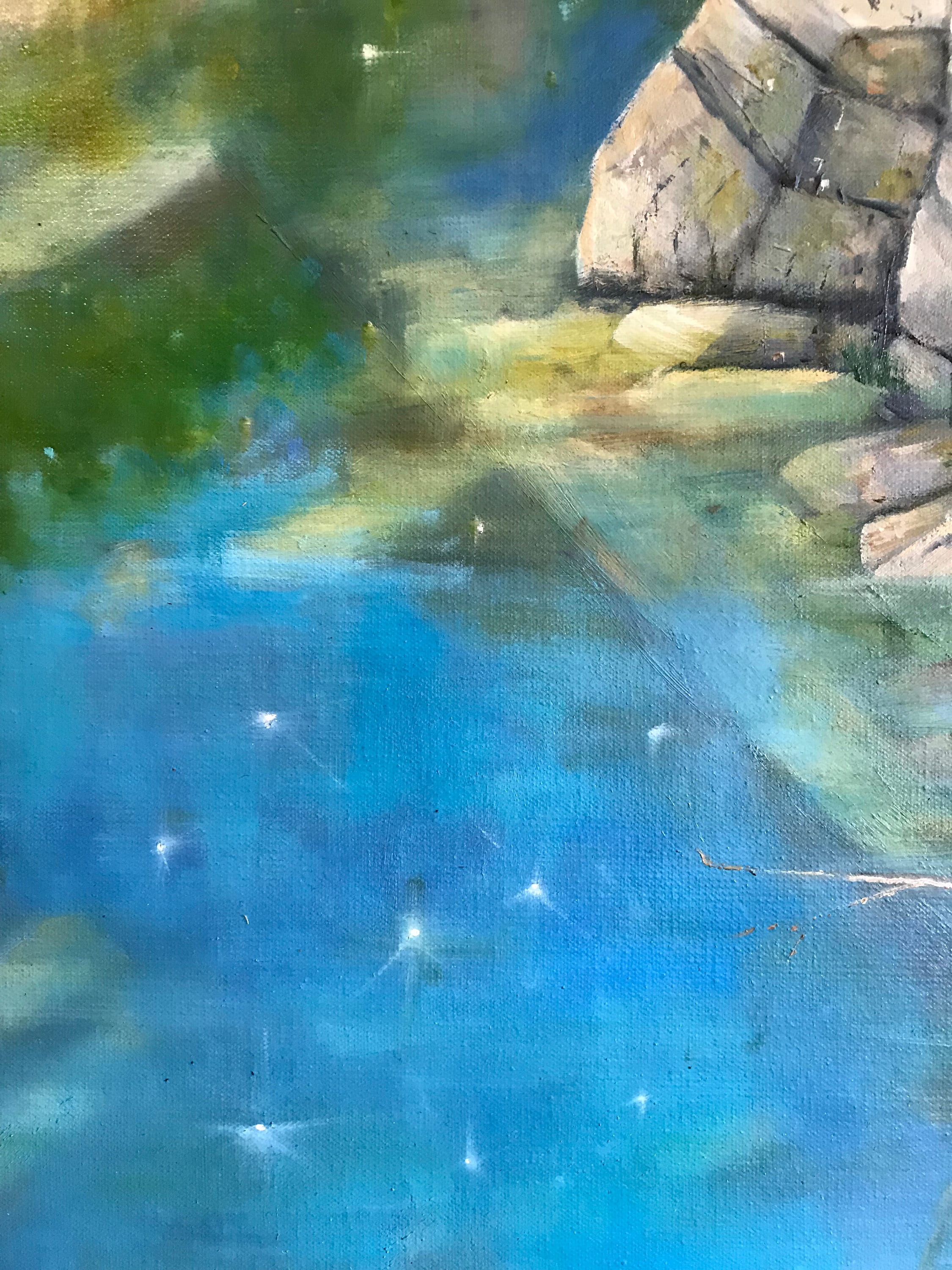 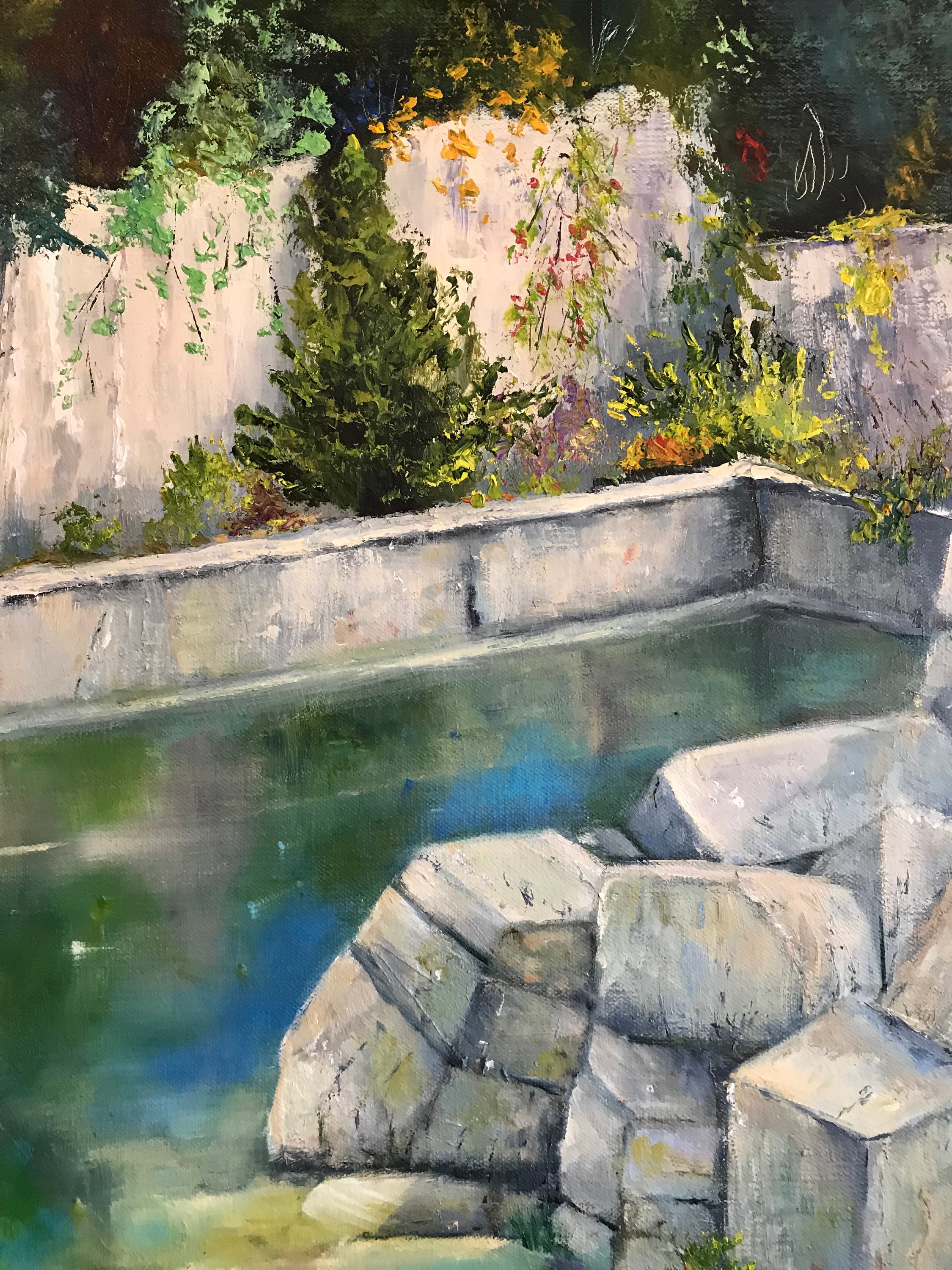 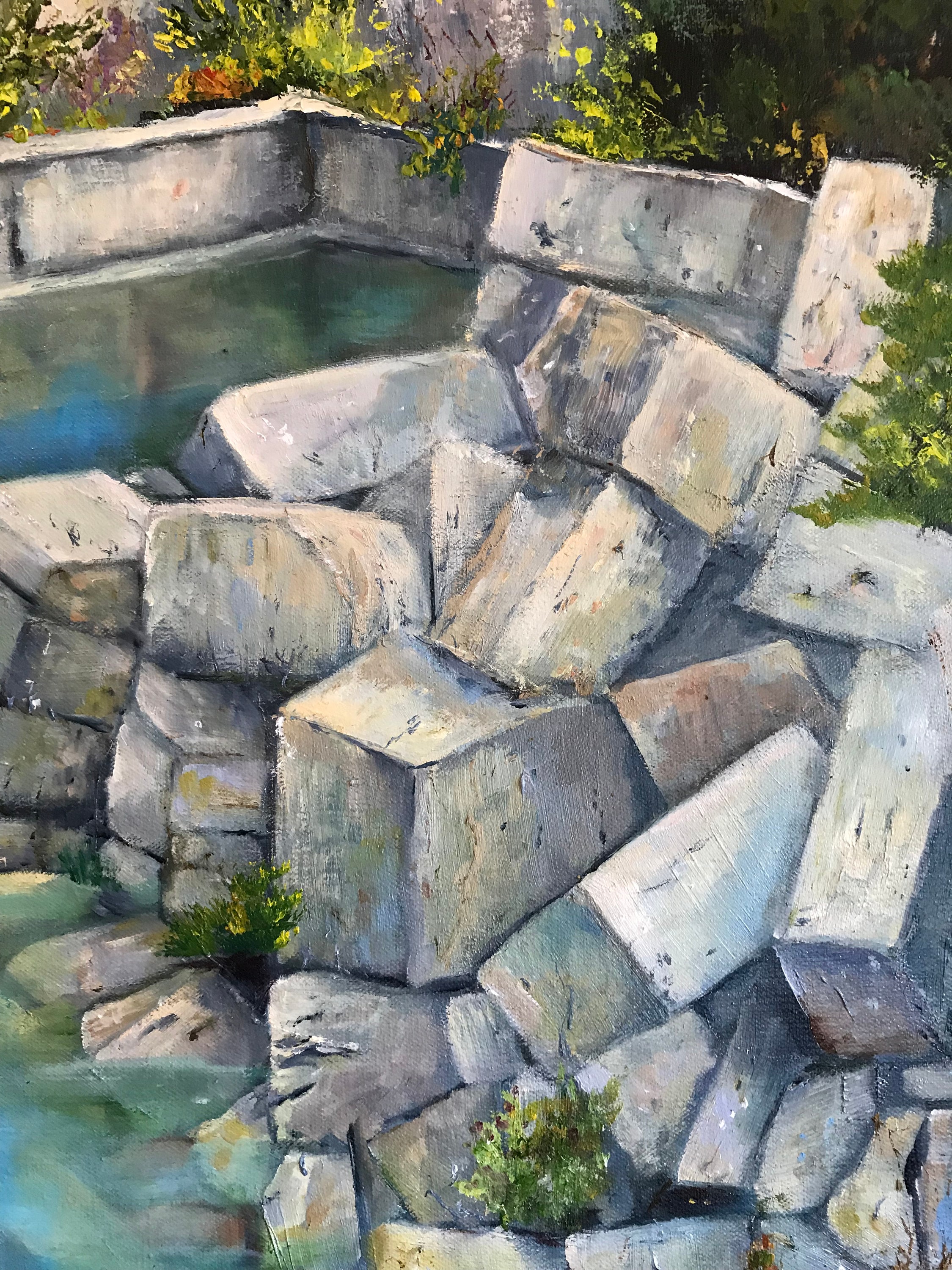 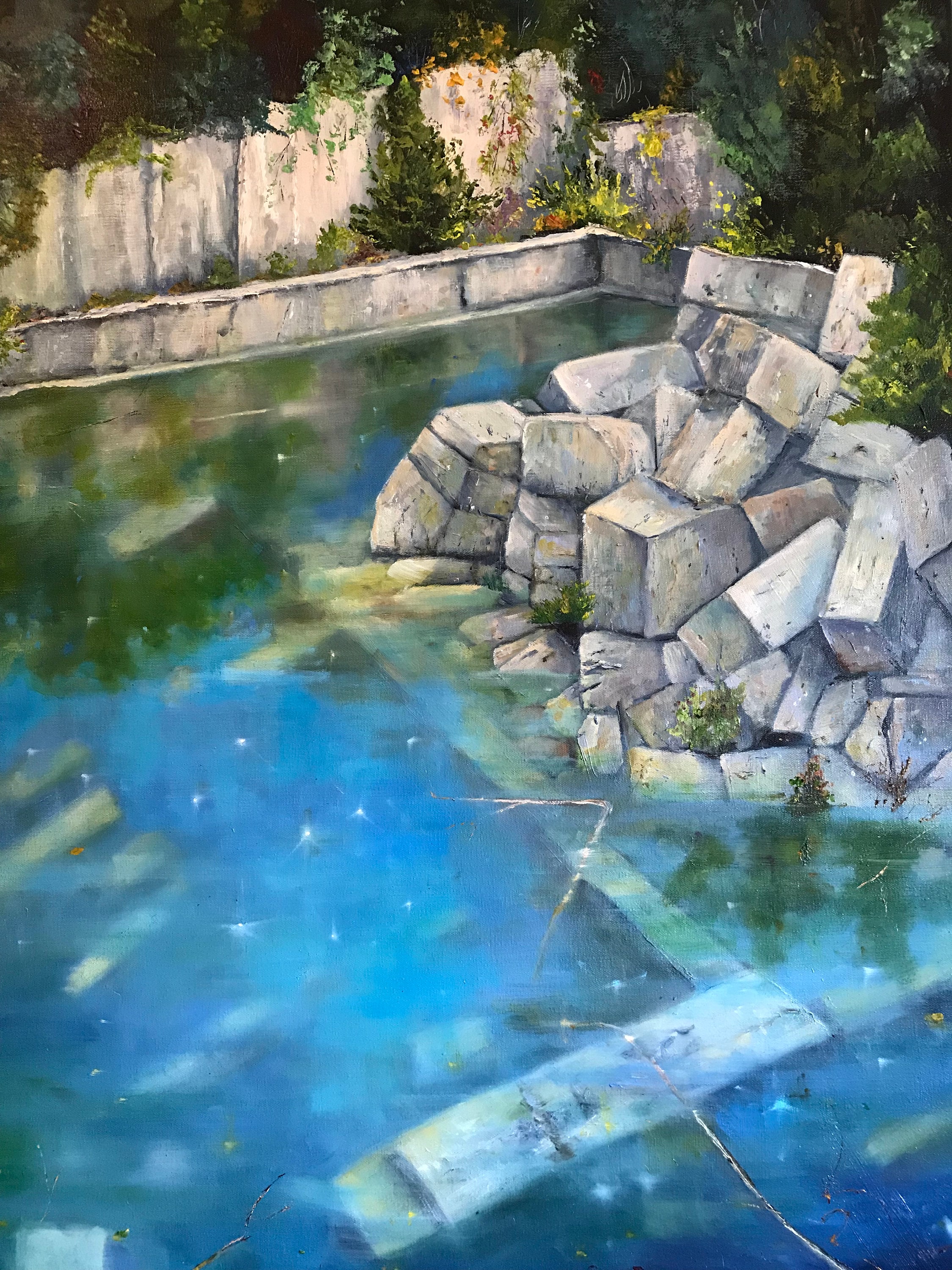 EMPIRE QUARRY is an original 30” x 24" Gallery wrapped canvas oil painting. This is an incredible painting! This painting is of the Empire Quarry. The water is a clear beautiful blue. The blues range in value from deep cobalt to manganese blue. It’s so clear, you can see some of the rows of stone deep below the water’s surface. On the right, piles of rejected stones are left. Plants have made their home among the rocks. The stones are various shades of warm and cool grays. In the distance, you can see the level where the quarrying ended. In those ledges, bushes and trees have started growing.

I live in an area that supplied most of the limestone for many of the Washington, D.C. monuments. Bloomington and Bedford Indiana supplied the stone. Many of Indiana's official buildings, such as the State capitol building, the monuments in Downtown Indianapolis, and many university buildings across the United States are all examples of architecture made with Indiana limestone. Indiana limestone has also been used in many other famous structures in the United States, such as the Empire State Building, the Pentagon, Yankee Stadium, and the Washington National Cathedral. Quarrying limestone’s left many deep holes that fill with water. Kids have been known to swim in the quarries, even though it’s dangerous. The movie, “Breaking Away” was filmed at one such quarry.

This is an amazing painting that would light up any room you put it in. The painting canvas is called a Gallery Wrap. This means it is 2" deep and painted all around, so no frame is needed. There is an impressionistic feel to the whole painting, which is very pleasing. The paint is applied with bold strokes and the colors are soft, muted blues.

Ship items back to me within: 7 days of delivery

I don't accept exchanges or cancellations

But please contact me if you have any problems with your order.

The following items can't be returned or exchanged

Because of the nature of these items, unless they arrive damaged or defective, I can't accept returns for:

0 items in your cart